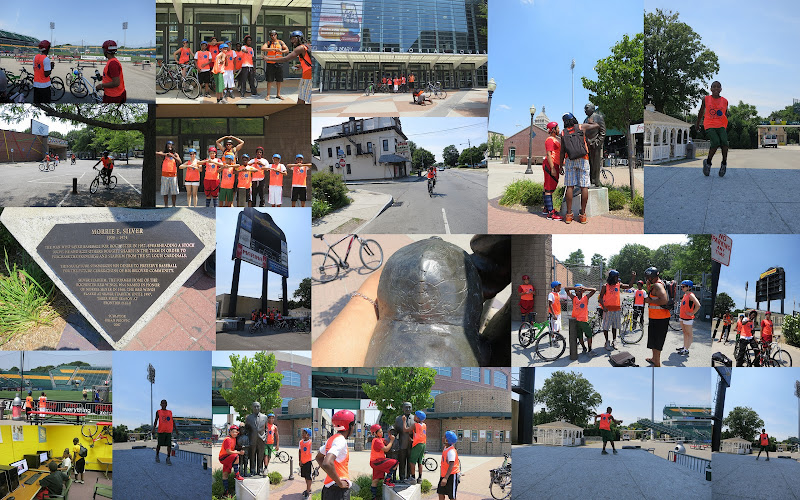 Intro Lesson:  Rochester has a rich history of professional sports; last year we learned about the Rochester Royals and their road to the NBA championship against the New York Knicks in the 1950/1951 season.

Today, we visited our modern day stadiums – Red Wings (Frontier Field), Rhinos (Sahlen’s Stadium) and Amerks (Rochester War Memorial/Blue Cross Arena).  We also learned of the former site of Silver Stadium where the Red Wings played from 1929 – 1996.  Silver Stadium was also the home of the New York Black Yankees of the Negro National League for their final season in 1948.

One last piece of Rochester trivia – during his summers off from Ithaca College, former professional wrestler and “voice of the WWF” Gorilla Monsoon worked construction and helped build the Rochester War Memorial.